Known as type 2 diabetes, diabetes mellitus (typically called simply diabetes) is a disease that causes the body’s ability to regulate blood sugar levels to become impaired. This occurs as a result of improper insulin function, which is the main hormone for regulating blood sugar levels. Diabetes can manifest itself in a variety of ways, the most common of which are Type I, Type II, and gestational diabetes.

Similar to white sugar, brown sugar is developed from the plant’s sugarcane or sugar beet. Due to the limited amount of molasses existing in brown sugar, it acquires its brown color. Molasses can be found in concentrations ranging from 3.5 to 6.5 percent. This also imparts a distinct flavor to the sugar, which contrasts with the bland sweetness of white sugar. 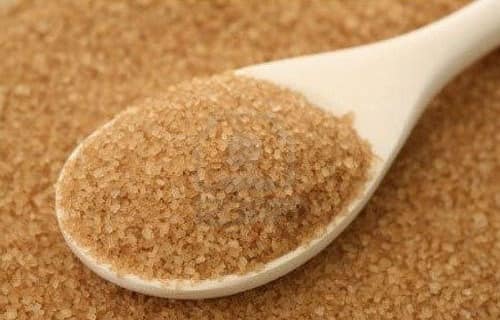 Since we are informed of these circumstances and the factors that contribute to them, we sometimes fail to recognize the consequences of our actions. Being only human, we strive to find suitable substitutes so that we do not have to sacrifice taste for health or vice versa.

Brown sugar, which is considered to be a healthier alternative to familiar sugar or white sugar, is one such option. When compared to white sugar, we’ve been fed the message that brown sugar has been the healthy option, thanks to some very clever marketing ploys.

Despite the fact that there is some distinction between the two, their nutritional profiles are very similar. Sugar & brown sugar both are made from the same plant, either the sugarcane or the sugar beet plant, and are used in the same ways. Brown sugar, in reality, is nothing more than refined white sugar mixed with molasses, which also gives it its brown color. Despite their distinct differences in flavor and color, brown sugar or white sugar are both high in carbohydrates and calories.

There is only one difference in terms of nutrition between the two: brown sugar includes iron, calcium, and potassium adding of molasses; however, because the quantity of this nutrient content is so small, the advantages one per serving has been rendered insignificant.

Additionally, brown sugar has been shown to have lower carbohydrate and calorie counts, but the difference in amounts is so limited that it is hardly worth mentioning again. It has been determined that 1 teaspoon of loaded white sugar includes 17 calories, whereas 1 tsp of brown sugar includes 16 calories, according to studies. You are now in a position to judge the difference for yourself.

If you have diabetes, the one and the only way of keeping the condition under control is to monitor your diet and adhere to the diet plan prescribed by your doctor or nutritionist, keep an eye on your weight, engage in regular exercise, get enough sleep, and avoid being stressed. Indeed, health is wealth, and we must do everything in our power to preserve this most precious of all assets.

Because of this, the answer to whether brown sugar is beneficial to people with diabetes is a categorical no. The scientific community is unanimous on this point. The nutritional distinctions among both brown & white sugar seem to be insignificant and they’re too low to be noticed.